Honoring Our Best and Brightest 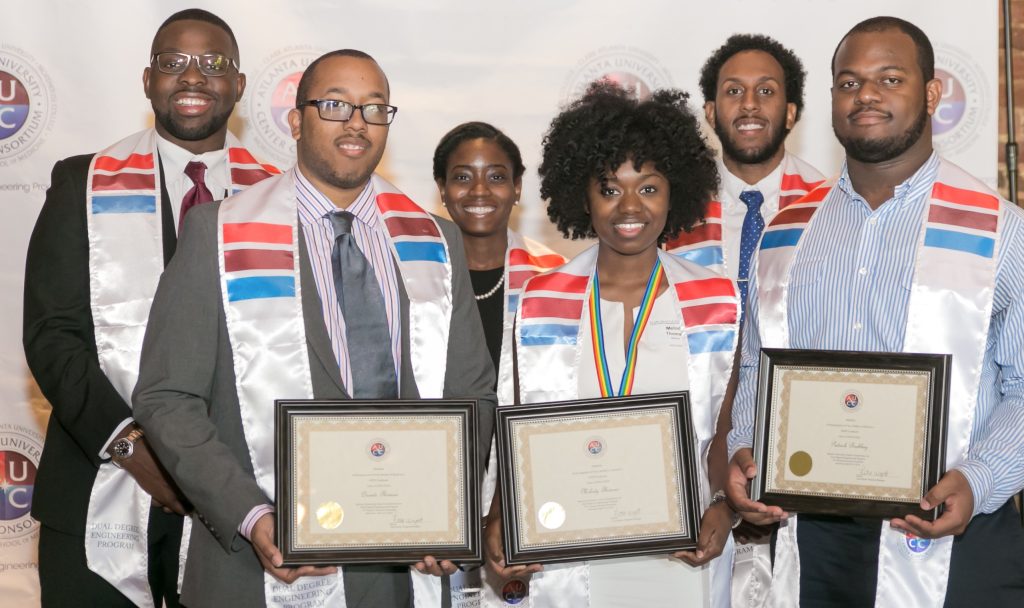 The awards banquet offers a great opportunity to showcase all the involved participants – students, partnering and member institutions, as well as the corporations who sponsor and hire Atlanta University Center students. AUC schools are a major feeder for minority students who enter engineering schools. AUC students have the benefit of receiving two degrees – one from the home institution and one from the engineering institution – in approximately five years.

AUCC DDEP Alumni of the Year

As a liaison between DDEP alumni and AUCC, Strickland has taken a lead role in revamping participation between the organizations. He is a person about town with roles as director of Development at Prevention Partners Inc., troop leader with Boy Scouts – Atlanta Area Council Troop 100, B.E.S.T. Academy, and business development engineer at Murata Electronics. He has intensely pursued his passions to support healthy lifestyles, develop young African-American men, and development a financially stable community.

These students assist AUCC in moving projects forward with their tireless support. Without these students, much of the work of this office could not be possible.

Most Outstanding AUCC Dual Degree Engineering Students of the Year

This highest honor goes to students who have been extraordinary examples while matriculating and remaining an active participant in the program.

After completing his degree in 2013 in applied physics from Morehouse, Brobbey attended Indiana University Purdue University Indianapolis where he will be graduating in May with a degree in electrical engineering. While a student, he worked as a General Motors intern and IUPUI ambassador. Upon graduation, he has accepted career-position with the company.

Graduating from the University of Michigan in May, Mann completed his degree in mathematics from Morehouse in 2015. After graduation, he will begin working on his master’s degree.

This award is presented to students who have displayed outstanding achievement.

This award is presented to students who know what it means to lead by example.

This award if for those who exemplify excellence during the academic year.

This award is for students who have gone above and beyond in their engineering discipline.