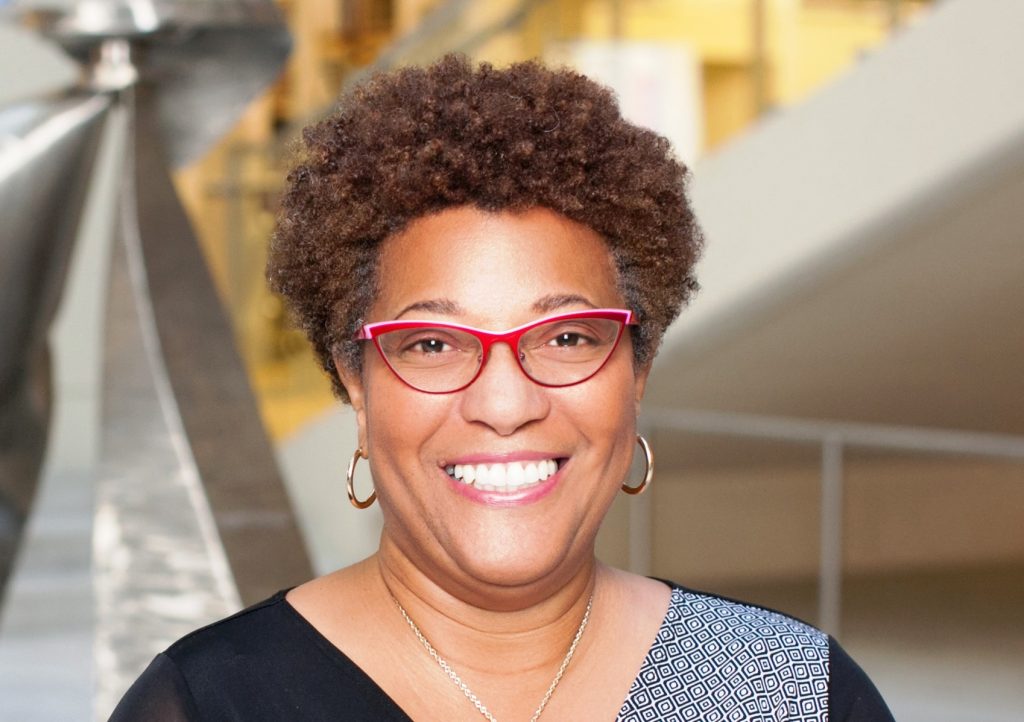 CHICAGO — Loretta Parham, CEO and director of the Atlanta University Center Robert W. Woodruff Library is the 2017 Association of College and Research Libraries’ Academic/Research Librarian of the Year. The award, sponsored by GOBI Library Solutions from EBSCO, recognizes an outstanding member of the library profession who has made a significant national or international contribution to academic/research librarianship and library development.

Parham will receive a $5,000 award during the Middle Keynote session on Thursday, March 23, at the ACRL 2017 Conference in Baltimore.

“Loretta Parham’s drive, activism, and innovative approaches to library transformation have had a broad and sustained impact well beyond our field and she is the absolute embodiment of the ACRL Academic/Research Librarian of the Year Award,” said Michael Courtney, chair of the ACRL Academic/Research Librarian of the Year Award Committee and outreach and engagement librarian at the Indiana University Libraries. “Parham’s dedication to diversity and inclusion, her role as a passionate advocate for libraries and librarians, and her seemingly endless list of accomplishments exemplifies the spirit of this award. As one reviewer noted, ‘few, if any, possess the panorama of skills that are embodied in Ms. Parham’.”

“This award is such an honor and I am tremendously grateful for this acknowledgment of my passion and career commitment to service, libraries, and learning,” Parham said. “The credit for these successes should be shared by many others with whom I have worked, and to each of them and ACRL I say thank you.”

Highly respected by the library and higher education communities, Parham tirelessly worked to transform the Robert W. Woodruff Library, shared by Clark Atlanta University, the Interdenominational Theological Center, Morehouse College, and Spelman College, into a modern 21st century research facility known for its distinctive spaces and service. Under her leadership, the library has become widely recognized for its outreach to students, faculty, AUC alumni, and the wider Atlanta community.

In addition to the transformation of physical space, Parham expanded the library’s stewardship of historically significant special collections. Among these is the Morehouse College Martin Luther King Jr. Collection, acquired by Morehouse in 2006 and housed in the Woodruff Library. With oversight for all aspects of conservation and preservation of the collection, Parham successfully steered a smooth and secure transition of the papers from Sotheby’s auction house in New York to Atlanta and provided strategic direction for processing and digitization of the collection, making it accessible for public use within an impressive two-year timeframe.

The library extends this commitment to public service by acting as a cultural hub, offering symposia, art exhibits, civic discussions, voter registration seminars, distinguished speakers, and historical presentations to the AUC community and Atlanta residents. As the result of her vision and leadership, the Robert W. Woodruff Library received both the 2012 IIDA/ ALA Award for the transformation of library space and the 2016 ACRL Excellence in Academic Libraries Award.

“Loretta Parham epitomizes the innovative, visionary spirit of today’s academic and research librarians,” noted ACRL Executive Director Mary Ellen K. Davis. “Widely recognized as passionate advocate for libraries and librarians, her commitment to a transformational vision of the academic library as a center for research, learning, and outreach has earned her the respect of the institutions she serves, the library and higher education communities, and indeed, the general public.”

In addition to her work transforming the Woodruff Library, Parham is known as a champion for librarianship and higher education, advocating with passion and clarity for Historically Black Colleges and Universities (HBCU), their significant special collections, and their value regionally, nationally, and globally. She has personally served as a mentor to hundreds of librarians and is the co-founding director and founding Board Chair of the HBCU Library Alliance. Established in 2002, the Alliance is a consortium of White House-designated HBCUs with a mission to transform its membership by developing leaders, preserving collections, and planning for future. Due to Parham’s leadership, the Alliance has been the recipient of or project partner in several Andrew W. Mellon Foundation grants awards strengthening library services related to leadership development, photographic preservation, digitization services, and library support of faculty services.

Prior to joining the Robert W. Woodruff Library in 2004, Parham served as director of the Hampton University Harvey Library (1998-2004), director/ administrator of the Colonial Williamsburg Foundation (1997-98), deputy director of the Carnegie Library of Pittsburgh (1991-97), and in a variety of positions at the Chicago Public Library (1977-91).

Parham received her B.S. in Communications-Broadcasting from Southern Illinois University and M.L.S. from the University of Michigan, which honored her with the Distinguished Alumni Award from the School of Information in 2016 in recognition of her service to the profession.

For more information regarding the award, or a complete list of past recipients, please visit the awards section of the ACRL website.

The Association of College & Research Libraries (ACRL) is the higher education association for librarians. Representing nearly 11,000 academic and research librarians and interested individuals, ACRL (a division of the American Library Association) develops programs, products and services to help academic and research librarians learn, innovate and lead within the academic community. Founded in 1940, ACRL is committed to advancing learning and transforming scholarship. ACRL is on the web at acrl.org, Facebook at facebook.com/ala.acrl and Twitter at @ala_acrl.

About GOBI Library Solutions from EBSCO

GOBI® Library Solutions from EBSCO, formerly YBP Library Services, offers over 13 million print and ebooks to academic, research and special libraries worldwide. From streamlining workflows to partnering with library staff, GOBI Library Solutions is committed to providing the best solution for libraries’ acquisition, collection development and technical service needs. For more than 40 years, the mission has remained same—to partner with libraries in providing access to the broadest selection of scholarly content available.