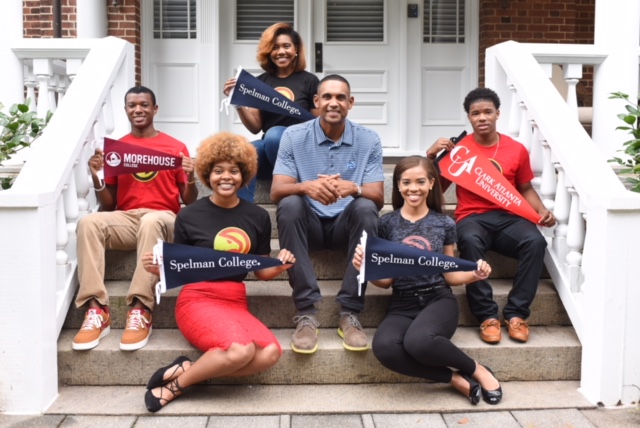 ATLANTA (August 30, 2018) – Spelman College, Morehouse College and Clark Atlanta University have received a “surprise” gift from the Atlanta Hawks in honor of Grant Hill. The Hawks made the contributions to the Atlanta University Center institutions to recognize Hill, vice chair and part owner of the Hawks, being inducted into the Naismith Memorial Basketball Hall of Fame.

Steve Koonin, CEO of the Hawks, surprised Hill on Spelman’s campus, Thursday, Aug. 30, with the gift that will benefit 33 students across the AUC. Thirty-three is Hill’s career-long jersey number.

A seven-time NBA All-Star and two-time NCAA Champion, Hill values the legacy and excellent outcomes of historically Black colleges and universities – particularly because HBCUs give many Black students voices and paths to success they may not have otherwise had.

“Education is something that is very important to me and to my family. What my wife and I have tried to do is to give back through our philanthropy in the world of education,” said Hill during the event. “Going into the hall of fame is a great honor, but to have this now with the AUC is unbelievable. All I can say is thank you, and most importantly thank you for the kids who will benefit from this gift.”

In 2015, Hill became part of the ownership team of the Hawks, which sees this gift as a gateway to strengthening their relationship with the AUC. Their goal is to expose students to off-the-court careers in sports through several initiatives, including shadowing Hawks leaders and participating in internships.

“If there were a person hall of fame, Grant would be at the top of it,” said Koonin of Hill. “Grant is a philanthropist. Grant is a leader. So we thought we would do something a little bit different, in the Hawks voice, to honor Grant’s induction. The most important part is that this university complex will have a small part of Grant; and hopefully, one day, the students who benefit will develop into leaders and people reminiscent of Grant’s character.”

About Atlanta University Center Consortium Inc.
Founded in 1929, the AUC Consortium is the world’s oldest and largest contiguous association of historically black colleges and universities in the world. Comprised of its four member institutions — Clark Atlanta University, Morehouse College, Morehouse School of Medicine and Spelman College — AUC Consortium represents an intellectual community with a storied tradition of rich culture, scholarship, service and community engagement. Led by its board of directors, the Council of Presidents, the Consortium is a nonprofit organization that operates on behalf of its members to advance each institution’s mission and strategic goals, and seeks to foster collaboration that leverages shared resources of the community and member institutions to maximize opportunities for our students and the community.

About the Atlanta Hawks Basketball Club
With a bold identity and strong new ownership, the Atlanta Hawks Basketball Club and State Farm Arena remain committed to making Atlantans proud on the court and off. The 2014-15 Southeast Division Champions, the Hawks made the postseason in 10 consecutive seasons and reached the Eastern Conference Finals for the first time in franchise history in 2015. Off the court, the organization has built a culture of inclusion, diversity and innovation, all with a touch of Southern Hospitality. It continues into the community where the organization builds bridges through basketball, whether by constructing and refurbishing courts in Atlanta neighborhoods, providing scholarships to our basketball camps, or surprising and delighting our fans with unique Atlanta Hawks experiences. Atlanta Hawks Membership, which includes your seat for every home game for the 2018-19 regular season, is on sale now at www.hawks.com/membership or by calling 866-715-1500! For more information on the Hawks, log on to www.hawks.com today or follow us on twitter @ATLHawks. 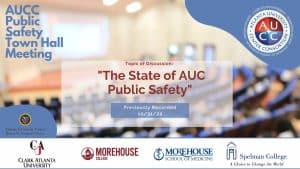