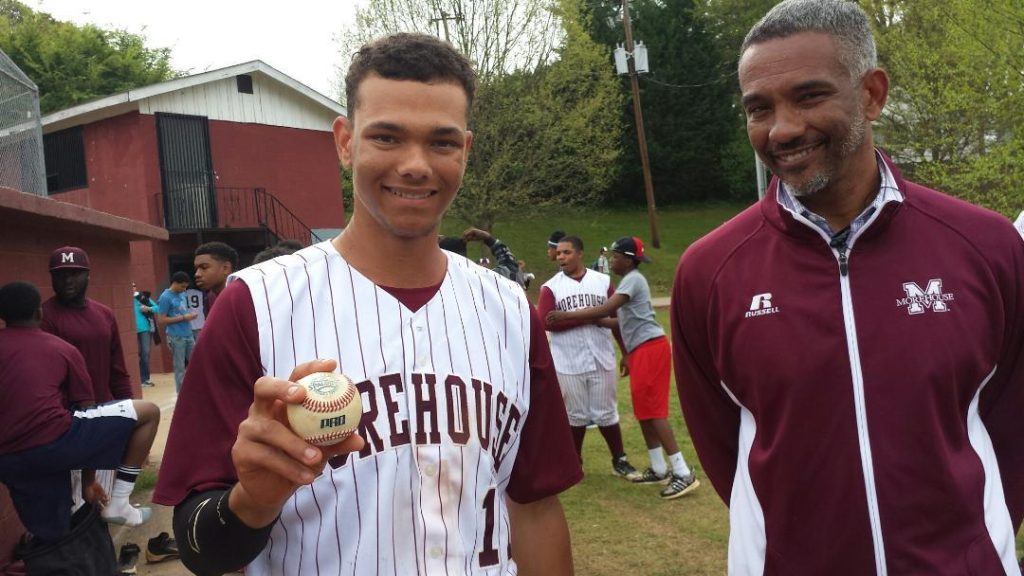 Jeana Griffith went to the stage eight times to stand in for her son Christian. A third-year student at Morehouse, Christian was playing in a SIAC baseball game against Paine College. At the 39th Annual AUC Consortium Dual Degree Engineering Program Networking Event & Awards Ceremony, where there were more than 200 students, family, friends and corporate guests, Mrs. Griffith represented one of the afternoon’s most outstanding students.

“I felt very proud and blessed to receive the awards for my son, [and] it highlighted for me all of the hard work he has done,” said Mrs. Griffith, who wished Christian could have been there to receive the awards himself.  “I also admired his commitment to his team. He sacrificed receiving praise and awards to support his team.  His decision to support his team over individual accolades makes me even more proud of my son and the man that he has become.”

More than 88 awards were presented in seven categories. Held to recognize outstanding dual-degree engineering students from Clark Atlanta University, Morehouse College and Spelman College, more than $200,000 were awarded to the 225 students enrolled in DDEP from the three institutions.

Not only did the 3.95 GPA mechanical engineering major receive academic awards through DDEP, he also received the James E. Haines Sr. Most Scholarly Athlete Award at the Morehouse athletics banquet for having the highest GPA of all the athletics at Morehouse.

“Working to be at my best both academically and physically has become a way of life for me. My parents have taught me to never give up and be humble, and that with hard work anything can be achieved,” said Christian, who received both an academic and baseball scholarship to attend Morehouse. “Playing sports has helped teach me time management. I love to win and getting A’s is winning.”

“I applied to six schools and was accepted to all of them receiving scholarships,” said Christian, who attended Our Lady of Mercy Catholic High School where he played baseball. “I chose Rochester because the engineering school is in the top 100, and I feel I won’t be treated like a number and that I will get to know my teachers and get help from them.”

Located nearly 1,000 miles away from Morehouse, Christian is excited about more than just Rochester being one of the best engineering schools in the country.

“They have an excellent Formula 1 race team. I also am able to play my last year of college baseball there,” he said “and I have a great chance of starting.”